Add a photo to this gallery
Add Video 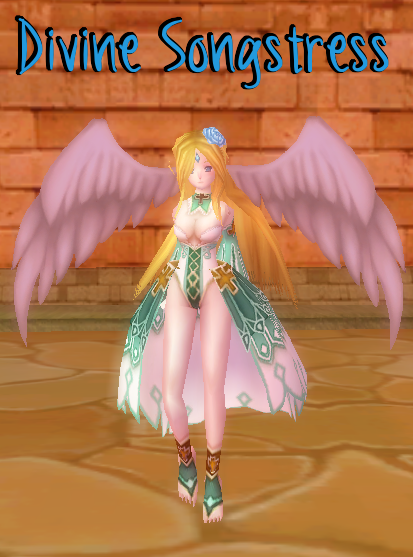 Phantom Warlock brings a new style of class to Lucent Heart, focusing on changing your form to suit the tides of the battlefield. Being able to equip a large variety of weaponry, and light armor making sure they've got balanced defence, Phantom Warlock is a great team player and solo player. Using their transformations they can take a range of roles; deal out plenty of melee damage with Seraph Knight; cast devastating spells with Divine Songstress; run like you're one with the wind with Drakewolf; turn the tide of battle with the healing powers of Hedge Sprite.

At level 4, just before the class change which NPC Grant will offer, you are allowed to head forward to the middle of Peace Tower, where NPC Thomas will stand. Speaking to him will initiate the Phantom Warlock quest. Accept it and speak to NPC Wu Ma, who stands on Air Plaza near the Library of Star Mist Headquarters to complete the quest and obtain the class.

For the DrakeWolf form quest, it's important to know that you have to start it in Goldport.

I'm currently a lvl 40 Phantom Warlock, or PW. I recomend finding a good guild soon if you chose this class. Also as a PW the gapchas won't help you at all since you cant open them. It is a very good idea to have a friend make you armor. As a PW you can wear gunner armor

Retrieved from "https://lucent-heart-suba-version.fandom.com/wiki/Phantom_Warlock?oldid=5133"
Community content is available under CC-BY-SA unless otherwise noted.